To honor the ballplayers wearing camo on the Major League games on Memorial Day and President Obama’s statement about cutting the troops in Afghanistan from 30,000 to 10,000 but still keeping the whole war thing going, because we need to be there to be free, killing blue donkeys, we bring you excerpts of stories of real Americans at home doing their part.

I’m deployed with the guys on one of the silver metal benches outside the city swimming pool.

It is also late in the summer, and I suppose the moms have those el primo tans, as well as the lifeguards in their one-piece red suits and those whistles that dangle like necklaces.

We — that would be myself, Don, Milt, Al, Fred — we are the newly formed municipal special forces team: Total Information Terror Surveillance.

We have been duly organized and chartered and deputized I think, by the city council, to guard against terrorists, beginning this month and running through the summer, is how I understand it.

Don came up with this idea to come here. The pool is open until Labor Day.

He says “why do you think they call them wetbacks?”

And the rest of us had to admit it made perfect sense.

And then of course everybody knows, Arab-types will often position towels on their heads. Lots of towels around here today.

Al’s got four in his lap, won’t give any out to anybody, “without good reason,” he says.

It’s hot today, big crowd, lots to watch, keep track of, monitor, observe.
Sometimes we get soaked. We’re pretty close to the action. We act like we like it that way.

Al’s got the beeper in case we need to call for backup towels. His wife’s home most of the day. Tomorrow she’s got shit to do.

By now the lifeguards don’t wear that white stuff on their noses, everything au naturel.

We’ve got sunglasses from the Ben Franklin store, orange terror vests and shorts, and special “Homeland” orange hardhats. That was Al’s idea. They came from the state highway maintenance shed from the big patch job they had last summer out by the Go-Kart track.

If it gets too hot … well, Don’s going to ask a councilman who’s his neighbor if we can take them off while the pool has rest break, get some breeze.

Some ladies get up quick when they are napping on their stomachs and they get splashed, and maybe they have that one string not tied … Milt had to go home early yesterday. It gets to a guy … this work is not for everyone.

And we’ve each got a terror whistle on a string around our necks.
Fred blew his, loud, for about a minute straight just a few minutes ago when Mrs. de Champlain walked past on her way to the water fountain. I don’t think he even knew he was doing it.

Some days it’s about all a guy can do not to blow the damn thing all day long.

Don keeps his in his mouth all the time, like a referee. Does not move, scratch, nothing. He loves freedom that darn much. He is so dedicated, an inspiration to us all.

It’s what we need at times like these. We need guys with things in their mouths — hamburgers, beer bottles, spoons, straw.
Girls too.

Girls and guys and dogs and cats with stuff stuck in their mouths staring.
Looking blankly over the prairie, into space, across the living room, the kitchen table — keeping an eye out — if we are truly to be free.
Free of knowing, caring.

About anyone but ourselves.
Of the true nature of our government or the history of our country.
Free. Free. Free!
Thank God Almighty.  Free.

Okay, well, nothing happening here at the moment.

Go about your day. 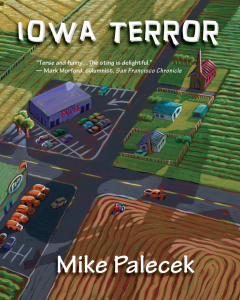 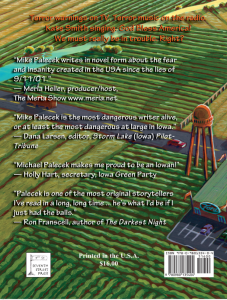